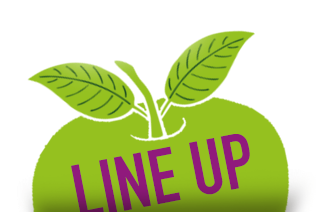 Club-land legends Basement Jaxx are some of the most successful DJ’s on the planet. They have taken their massive sound around the globe, including residencies in Ibiza and headline Glastonbury slots. With huge tracks like “Where’s Your Head At?” “Romeo,” “Red Alert” and “Do Your Thing,” it’s easy to see why the duo’s house inspired anthems have been going off at raves and festivals for years. The pair know exactly how to create an unreal live atmosphere and their Witcombe 2021 show is set to be an unbelievable experience for our incredible fans.

DJ Luck and MC Neat know EXACTLY how to the get the party started. The CLASSIC garage duo have gone OFF at Witcombe every time they’ve performed. With top 10 BANGERS like ‘With A Little Bit of Luck,’ ‘Masterblaster 2000’ and ‘Ain’t No Stopping Us,’ the iconic duo are going to be HUGE at Witcombe this year. This mix of their own classics and massive remixes mean this is another UNREAL set we’ve added to a Friday night that you NEED to be at.

Superstar John Newman’s chart-topping, summer anthems make him one of the MUST-SEE acts at Witcombe this year. John launched his career with the huge anthems “Love Me Again” and “Feel The Love,” his # 1 collaboration with drum and bass stars Rudimental. He has since worked with Sigma, Calvin Harris and Sigala on unreal tracks such as “Blame” and “Give Me Love.” The singer-songwriter’s incredible vocals, pumping baselines and unmatched energy make this a performance you CAN’T MISS at Witcombe this summer.

Andy C is a LEGEND of global dance music. The British DJ and record producer has dominated both the underground, and popular, drum and bass scene for years. His incredible live sets have earned him main stage slots at Boomtown, SW4 and Glastonbury. Andy is also the founder of RAM records who have achieved chart success with Chase & Status, Wilkinson and 2019 Witcombe star Sub Focus. Andy is itching to get back to entertaining crowds with his INSANE sets and this May sold out Wembley Arena in just 20 seconds! Andy’s iconic DnB is going to go OFF at Witcombe this summer – don’t miss out

Tinie, previously Tinie Tempah, is an international rap superstar.  His unique mix of hip-hop, grime and EDM have led to banger after banger and one of the biggest track lists going. With 800million Youtube views, 4.3million monthly Spotify listeners and a whopping SEVEN #1’s, Tinie is one of the most successful rappers around and one of the biggest stars we’ve ever had at Witcombe. The London born rapper shot to stardom in 2010 with his chart-topping debut album Disc-overy, which included the massive #1’s “Pass Out” and “Written in the Stars.” Tinie has worked with legends such as Snoop Dogg, Rita Ora, Calvin Harris and Chase & Status, as well as playing the likes of Coachella, Glastonbury and on Sunday 29th August is going to take Witcombe by storm.

ANNIE MAC is one of the top DJs on the planet. As Radio 1’s Ambassador for New Music, Annie is also one of the top trend setters around. Her unequalled passion and eye for the best up-and-coming tracks have taken her live show across the globe, from iconic London venue Fabric, to Ibiza’s Amnesia, Ultra Festival in Miami and even a Coachella pool party in Palm Springs. Anyone who’s seen Annie’s incredible live set, or listened to shows like Radio 1’s Dance Party, knows the kind of upbeat bangers and dance anthems that Annie will be bringing to Witcombe this summer.